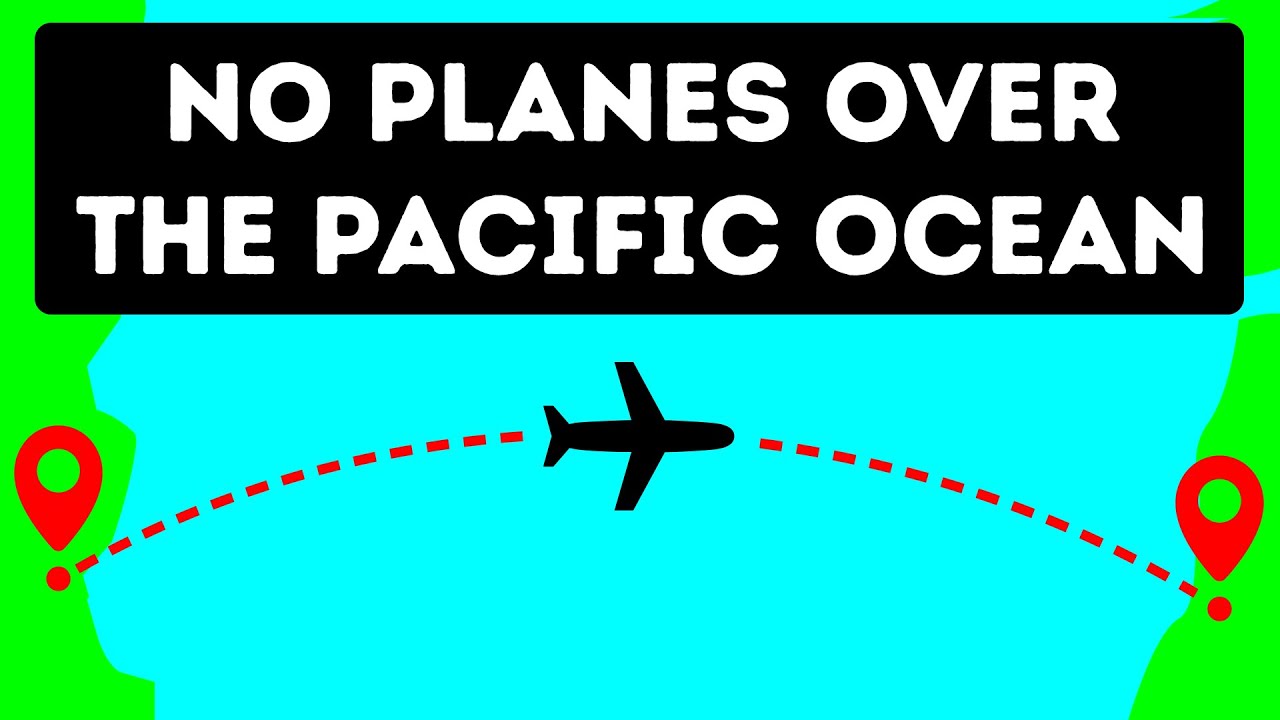 Why do airlines avoid the Pacific Ocean? You might think it was a safety issue. The Pacific is the largest and deepest of the world’s oceans. If a plane encounters a problem over a seemingly endless and bottomless pond of water, the pilots are going to have a rough time finding a safe spot to set her down.

Guessing that it is a safety precaution wouldn’t be entirely wrong. When planning a route, many pilots prefer to maximize the number of airports along their path. Emergencies are incredibly rare relative to how many planes take to the skies every day. That said, it isn’t the main reason airlines tend to avoid making a straight shot east to west…

TIMESTAMPS:
It’s all about three-dimensional spaces? 1:08
A little experiment ? 2:54
But how do people get to Australia? 5:08
Turbulence over water 6:01
Flying with a jet stream VS. flying into it 6:27
What clear-air turbulence is 7:46

SUMMARY:
– When planning a route, many pilots prefer to maximize the number of airports along their path.
– Excluding special circumstances such as passing through the jet streams or other meteorological concerns, the fastest route is almost always the one closest to a straight line.
– On a 2D map, making a giant rainbow to avoid the Pacific Ocean looks like a much longer route. But since the Earth is a sphere, a straight line is going to look very different in three-dimensional spaces.
– The combination of the two factors, the curvature of the Earth and its extra equatorial width, mean that curving toward the poles is a shorter distance than flying (what seems like on a map) “straight” across!
– Another reason planes will sometimes brave an oceanic voyage is to take advantage of the smoother ride. Even in clear weather, there’s much less turbulence over water than over land.
– The other primary consideration for determining flight paths are air currents, namely the jet streams. These high-altitude air currents exist near the top of the troposphere.
– There are 4 main jet streams, 2 in each hemisphere, and thanks to the Earth’s rotation, they mostly flow west to east.
– Flying with a jet stream can shave several hours off of a trip, but flying into it can slow the plane down considerably.
– It’s also worth noting the risks associated with jet streams. The biggest hazard is a kind of turbulence known as clear-air turbulence, which occurs along the edges of the streams.
– The jet stream mostly affects things tens of thousands of feet in the air, and the curvature of the Earth doesn’t really matter unless you’re traveling hundreds of miles per hour over vast distances.