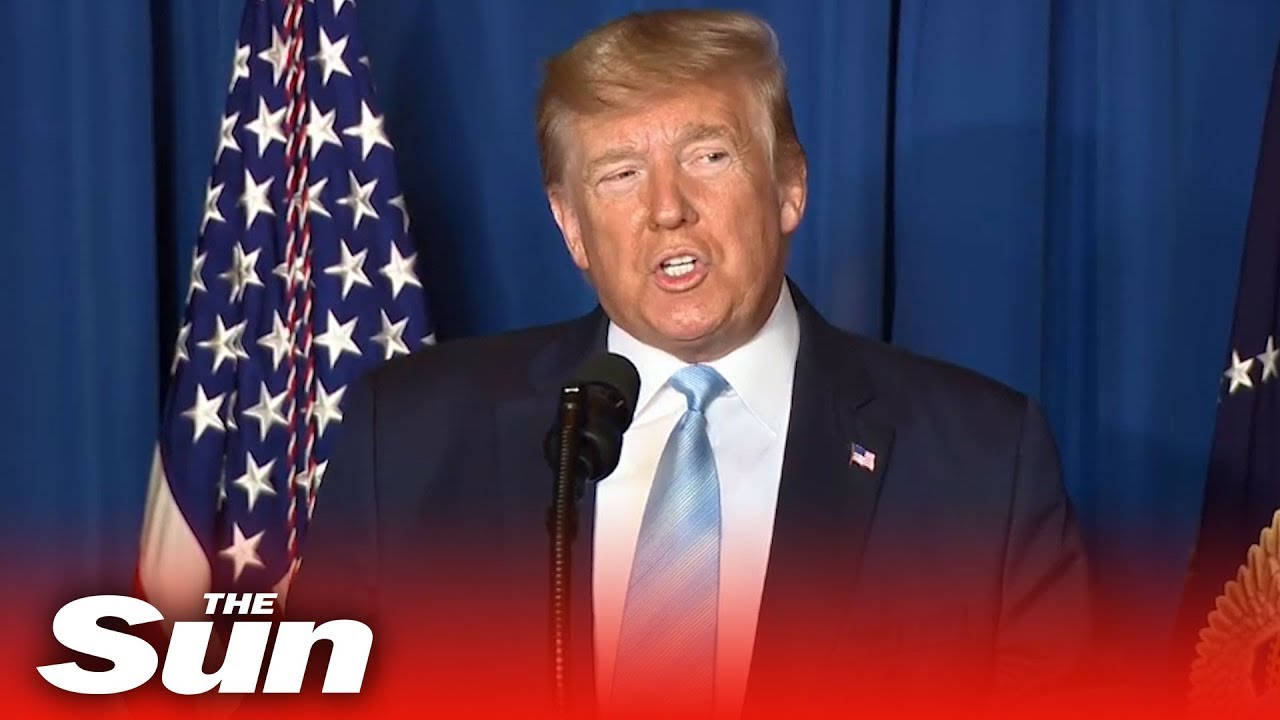 Donald Trump insisted the US bombed a top Iran general to “stop a war” – as the US fears revenge attacks in major cities.

The president ordered the hit on Qasem Soleimani – said to be Iran’s second most powerful figure – after claims he was plotting against American diplomats in Iraq.

But there are serious concerns the execution could cause the outbreak of World War Three after Iran’s supreme leader Ali Khamenei promised “harsh vengeance”, “jihad” and “crushing revenge”.

Trump tonight tried restore calm as he spoke on camera for the first time since giving the airstrike order.

Moment Iranian general Qasem Soleimani is ‘torn to shreds’ by US Reaper drone moments after he landed in Baghdad
https://www.thesun.co.uk/news/10663094/irans-general-qasem-soleimani-drone/
US kills revered Iranian general in rocket strike at Baghdad airport as countries stand on brink of war:
https://www.thesun.co.uk/news/10661549/us-airstrike-iranian-general-baghdad/

Iran says Trump ‘can’t do a damn thing’ as thugs firebomb Baghdad embassy and vow to ‘kill every American inside’:
https://www.thesun.co.uk/news/10651012/iran-trump-firebomb-baghdad-embassy-kill-every-american/

US threatens to send 4,000 troops to Kuwait as Trump warns Iran will ‘pay a big price’ for US embassy attack in Baghdad:
https://www.thesun.co.uk/news/10645506/pro-iran-protesters-smash-down-gates-and-storm-us-embassy-in-iraq/

From Brexit breaking news to HD movie trailers, The Sun newspaper brings you the latest news videos and explainers from the UK and around the world.